by Ca Jack
in Cricket, Sports
0 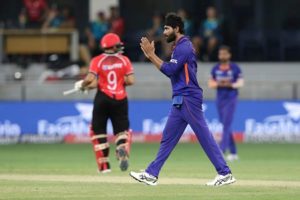 Axar Patel has been named as Replacement for Ravindra Jadeja

Ravindra Jadeja is a key Player for Team India. He has played crucial role in both of India’s Matches against Pakistan & Hongkong. Team india will play their next match on 4th September against the winner of Hongkong vs Pakistan. Team India has already reached into the Super 4 stage of Asia Cup.

No Result
View All Result